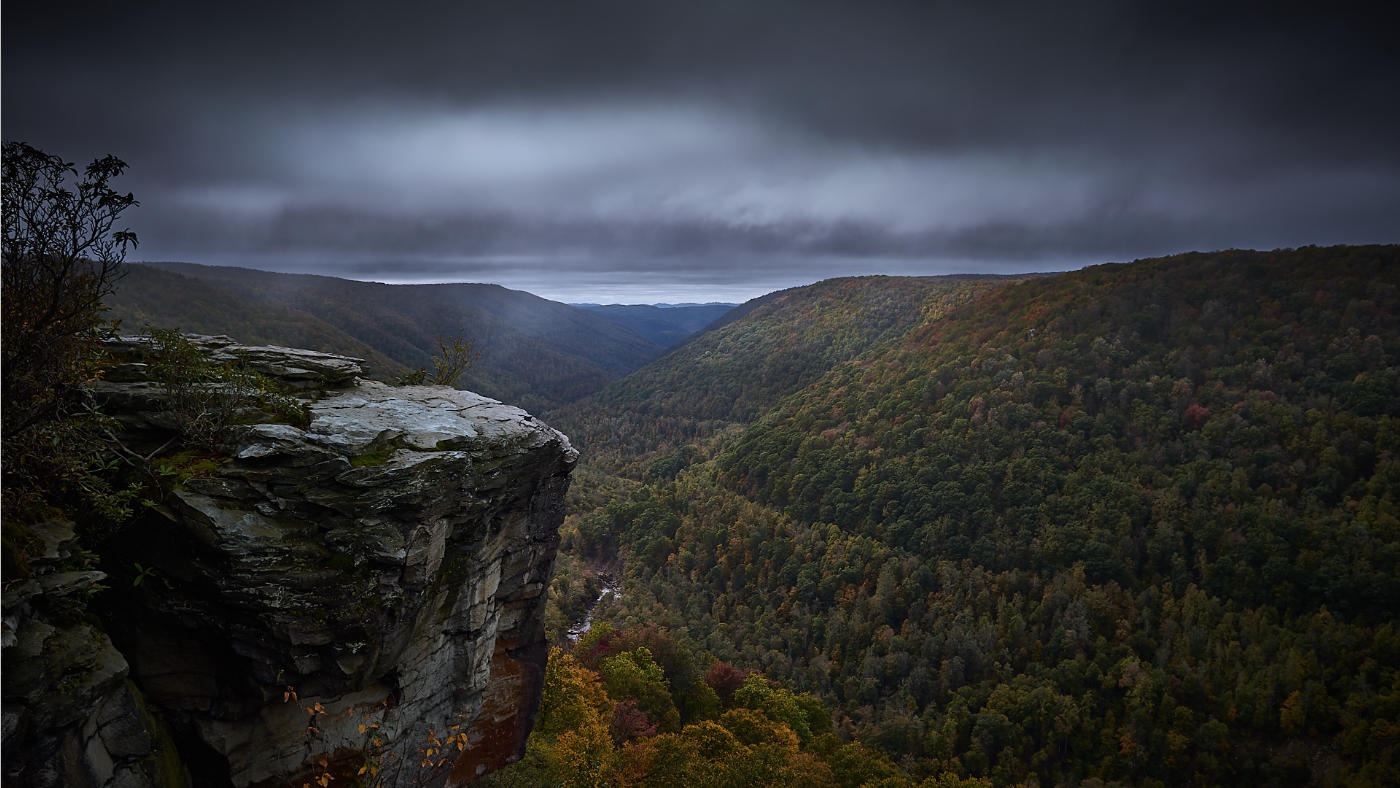 The world is full of places that can take your breath away – some well-known and others loosely kept secrets among locals and a few privileged outsiders. Lindy Point falls somewhere in between. Tucked into the less explored reaches of the Blackwater Falls State Park in Tucker County, West Virginia, this massive stone outcropping is often photographed, yet much less frequently visited as the falls for which the park is named. Despite numerous treks to the park, over nearly four decades, it was not until the Fall of 2015 that I would see this place with my own eyes. 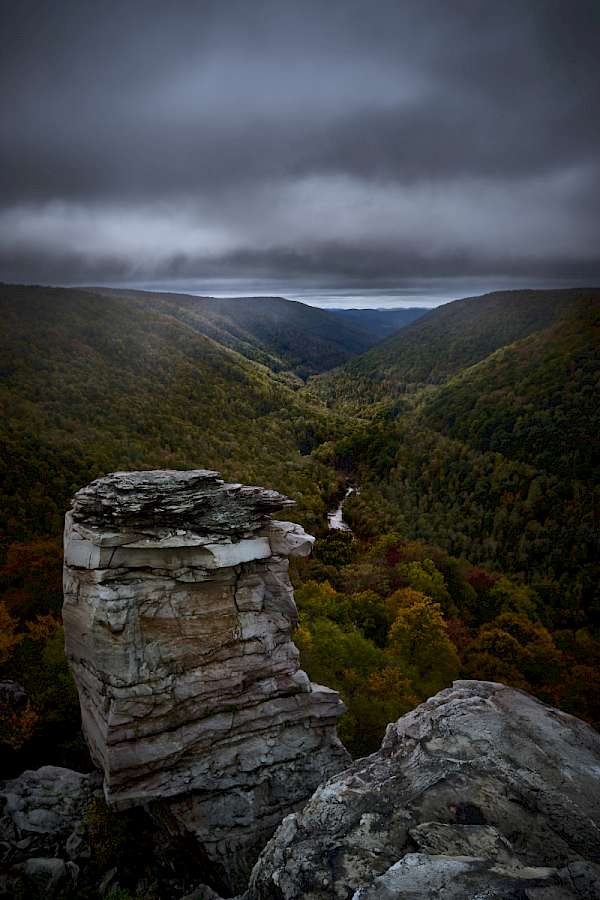 You wouldn’t know to look for it…if you didn’t know to look for it. Located on a winding road beyond the main lodge, there is little more than a muddy roadside pull-off and nondescript trailhead marker. In my few visits, there have never been more than a handful of cars parked along the (essentially) dead end road, which is fortunate, as there is little room for more. The trail to the overlook is a bit of a hike, but hardly difficult, winding through the the forest, thick with Rhododendron and Mountain Laurel, and around great boulders – remnants of the ancient geologic processes that shaped the landscape. It feels like a passage not just to another place, but also to another time.

At the end of the trail, you are rewarded handsomely for your effort. Only a few short steps from where the trail emerges from the forest, the massive rocks of the overlook take center stage. Then, unexpectedly and as if from nowhere, the great chasm of the Blackwater Canyon opens up before you. Megalithic in proportion and curious in formation, Lindy Point feels like it could have been constructed as an ancient fortress by a long-gone civilization, its great pillars serving as watchtowers over the expanse below.

Here, the violent torrent of the upstream falls are a distant memory. From high atop the edge of the canyon, the Blackwater River looks calm and inconsequential. When alone, it is easy to forget that there is a world beyond the endless blanket of deciduous trees that dips down to meet the water. Only a small, barely noticeable service road, below the tree canopy and opposite the overlook, betrays the impact of mankind on the canyon. In the distance – likely imperceptible to all but those with the most acute vision – great windmills dot the summit of the ridge between the towns of Parsons and Thomas. The only other indications of man’s presence are the observation platform and random bits of graffiti, which do little to detract from the grandeur of the site.

This is a wild place; its relative obscurity and inaccessibility helps it to remain that way. Nevertheless, Lindy Point is still available to those willing to expend the time and energy necessary to revel in its spectacular natural beauty. Really, though, things are often better when they don’t come easy – when you can’t simply stop on the roadside and thoughtlessly gaze at the same thing, no matter how breathtaking, as any other passerby can. No, the journey truly is an essential part of the experience…and the effort the very reasonable price of admission.