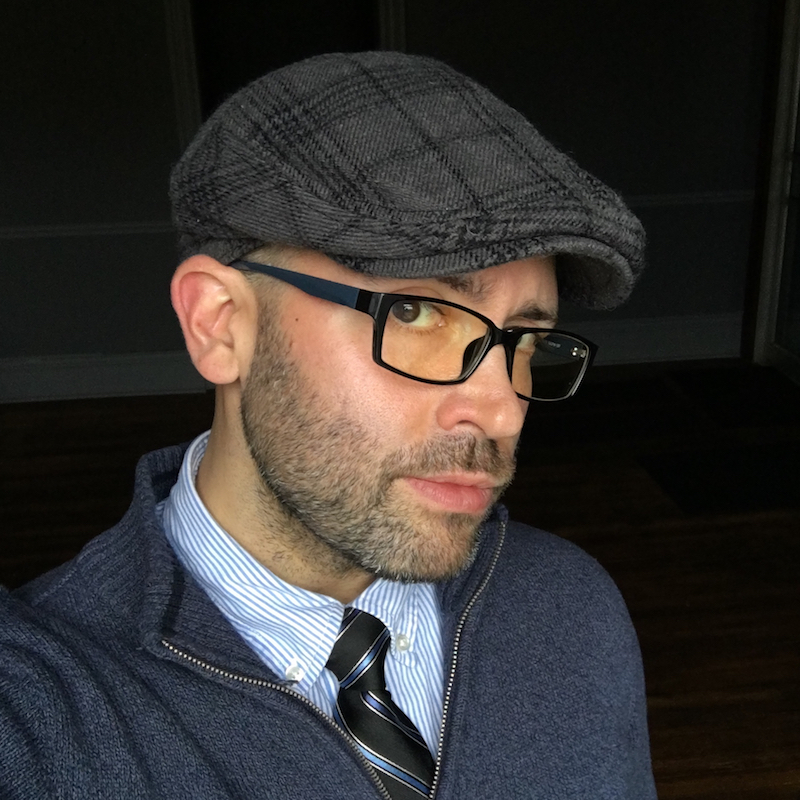 How did I get here? I think that's a question that any moderately introspective human being will ask at some point in his or her life. When you begin a journey, the path can seem incredibly clear. What you can't see are the forks, detours, and obstacles that lie just beyond your view. Every decision we make, every experience we have, changes the path you are on, and the path changes the person you become. We may eventually arrive at the originally intended destination, but we will not arrive as the orignal person.

My path has been circuitous. Some might call it interesting. I have certainly met many interesting people — people who have shaped my life, sometimes for the better, and sometimes for the worse. Likewise, I've had many experiences that have shifted the direction of my life, steered me away from or back toward my original path.

In the end, the path is probably just as important as the destination. I might even say that the path IS the destination. The choices you make and the challenges you face along the way are what you the person who arrives at the end. The next several paragraphs will give you a small sample of my path, up to this point, and a bit of insight into the person I am. I hope you enjoy.

My interest in the arts started early…very early. Some of my earliest memories are of putting pencil (or crayon) to paper. Having an artist and art teacher as a mother surely helped, and many other family members were artistically inclined. Nearly everyone around me had a creative pastime, whether it be drawing, painting, photography, writing, or music.

Early in my life, I was particularly interested in comic book art and was heavily influenced by a book called How to Draw Comics the Marvel Way, which was purchased for me when I was about five years old. I still have that nearly forty-year-old and very well-worn book. It is an absolute treasure. I would still recommend it to any parent with a budding young artist.

It wasn't until I around ten years of age that art became a focus. I was always encouraged by family and teachers in my creative activities, but it was around this time that other kids began to notice my drawing. By the time I was eleven or twelve, classmates began to commission drawings by me…for little to money, of course. At the same time, Nike had kicked off a series of ad campaigns featuring Michael Jordan, Bo Jackson, and David Robinson. These were extremely influential in turning me on to the field of graphic design and typography. The print ads that ran in Sports Illustrated were bookmarked and always near the top of my stack of reference materials.

I started helping my paternal grandfather in the darkroom almost as soon as I could stand up. The process of converting exposed film to photographs was fascinating and felt a bit like magic…or alchemy. Even though that part of my life was short-lived, it clearly had an impact on my creative process and aesthetic. When I was eight to ten years of age, my parents gave me a second-hand Kodak 110 camera. I carried that camera everywhere and snapped a lot of pictures, many of which went undeveloped.

It wasn't until digital photography became practical and useful that I once again started to participate in the craft. Digital imaging afforded me the opportunity to combine my interests of art, photography, and technology. It also allowed me to be less concerned with precision during the creative process. I could now get things close and "fix it in post." I typically refer to myself as a "digital artist," rather than as a "photographer." When I take a photo, I'm thinking about how it looks in my mind, rather than in the viewfinder. Still, the idea of capturing a very precise moment in time is also very alluring…and a bit empowering.

Everyone around me liked to build things and I liked to help. I helped my dad work on cars and buildings, as well as fix things around the house. I loved to help my mother and grandmother cook and work on various creative projects. My paternal grandfather built his own HAM radios and remote-controlled airplanes. Making was was part of my life and part of my DNA.

Making is, or can be, as much about art and craft as it is about technology. Much in the same way that digital photography allowed me to merge several of my interest, making did quite the same. Making also results in a tangible product — something that is often lacking in many modern pastimes. As so much of our time is diverted to digital activity, the desire to create things that I can touch grows stronger and stronger.

I've never been much for talking. After a while, my throat gets dry and begins to hurt. It was always a challenge when I was teaching. Besides that, I've always found the connection between my mind and tongue to be, at best, tenuous. I much prefer the act of putting pen/pencil to paper or fingers to the keyboard. With writing, I can construct my words more carefully, more thoughtfully. The flood of ideas in my mind can remain hidden from view until I can reveal them in a more coherent manner.

I've always fancied the idea of writing stories. My grandfather was a prolific storyteller, able to construct fantastic (and sometimes terrifying) yarns at a moment's notice. To this day, I think all of his grandchildren harbor at least some small fear of being alone in the dark. Of course, growing up in the mountains of West Virginia, storytelling was all around and a central part of everyday life and culture…even in the 1980s. The seed that my grandfather had planted was nurtured by books like The Telltale Lilac Bush, a compilation of Appalachian ghost stories. It was further inspired by more modern West Virginia folklore, mainly stories about the Mothman of Point Pleasant, the Flatwoods Monster, and the many other tales of haunted houses, buildings, graveyards, hospitals, and prisons.

I came to web & media design/development through a deep interest in art, design, and technology. Drawing upon a strong family history in art and education, I attended West Virginia University, majoring in Agricultural Education with a specialization in communications and technology. Upon completion of a masters degree, I was hired as an interim professor in the WVU Davis College of Agriculture, Forestry and Consumer Sciences, where I was responsible for the college’s intro computer courses and a website redesign for the Resource Management division. In late 2000, I founded Carr Designs, a web and multimedia company. I have also organized multiple semester-long courses through WVU Extended learning, which were designed to help public school teachers integrate technology into their classrooms. After returning to WVU in 2003, I redesigned the Davis College website, in addition to his responsibilities teaching courses in computers and agricultural mechanics. Today, I run Kulture Partners, a marketing consulting company for artists and arts organizations. I am also focusing on personal/professional development and forging strategic relationships with other independent media professionals and companies.