With two lutes, vocals, colascione, and percussion, Ayreheart performs Renaissance music from the British Isles. Music of John Dowland and William Byrd are featured as well as old traditional tunes from England, Scotland and Wales.

Co-founded by Grammy© nominated lutenist and longtime client, Ronn McFarlane, we began working on the branding for the group in 2010, focusing on a logo that would convey the look and feel of the band, while also being instantly recognizable. 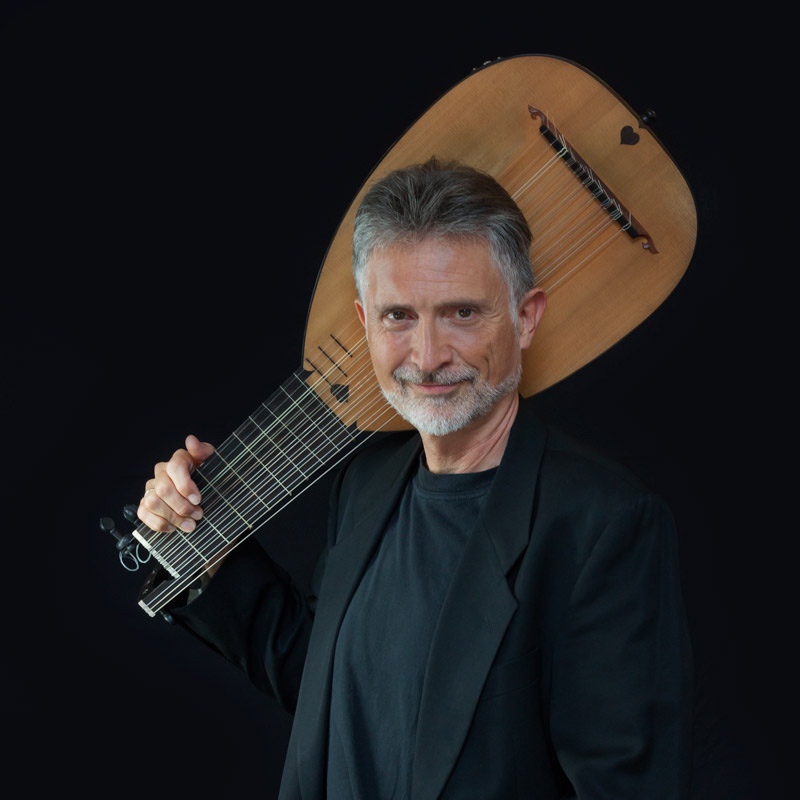 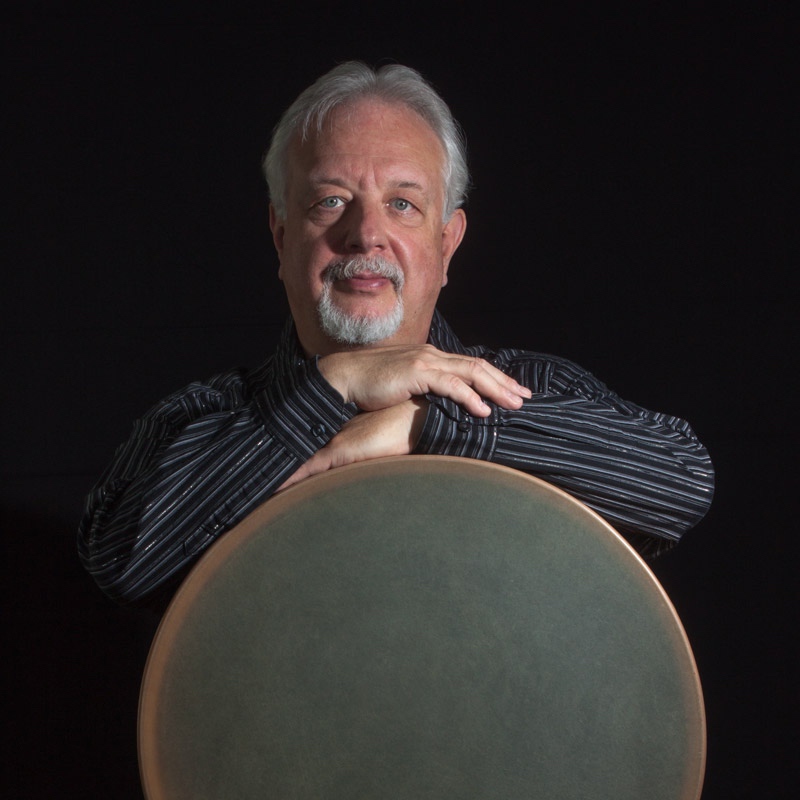 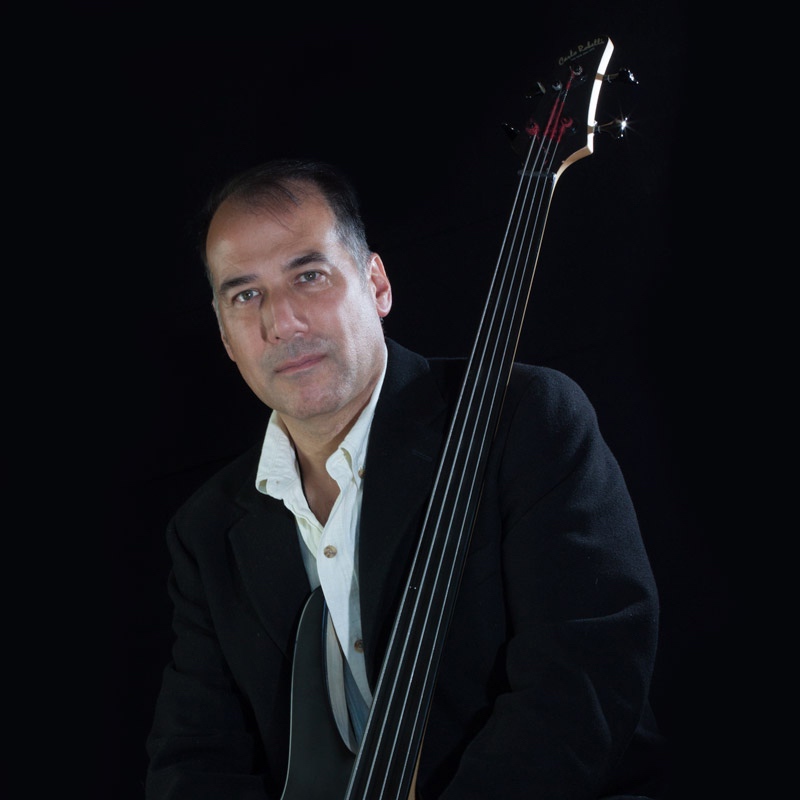 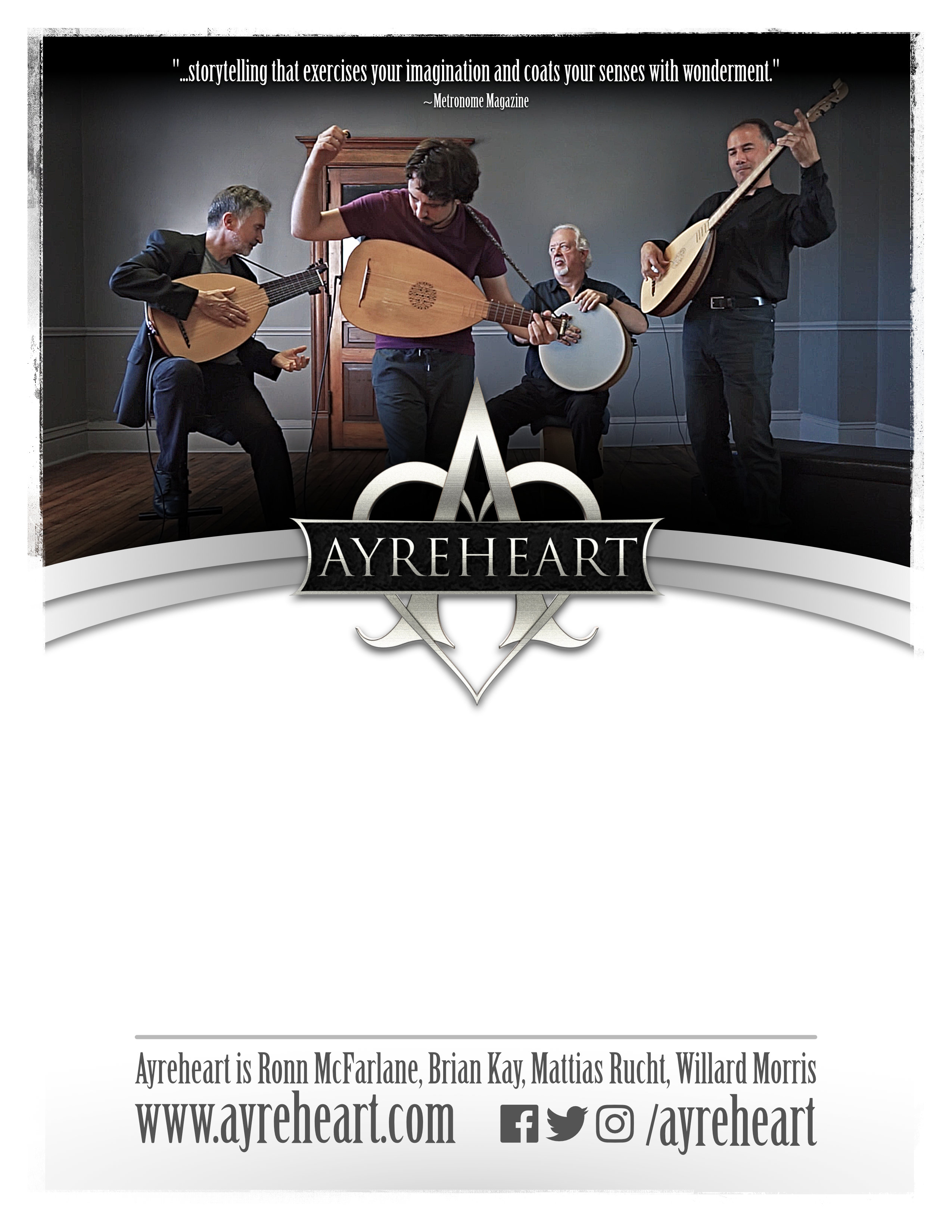 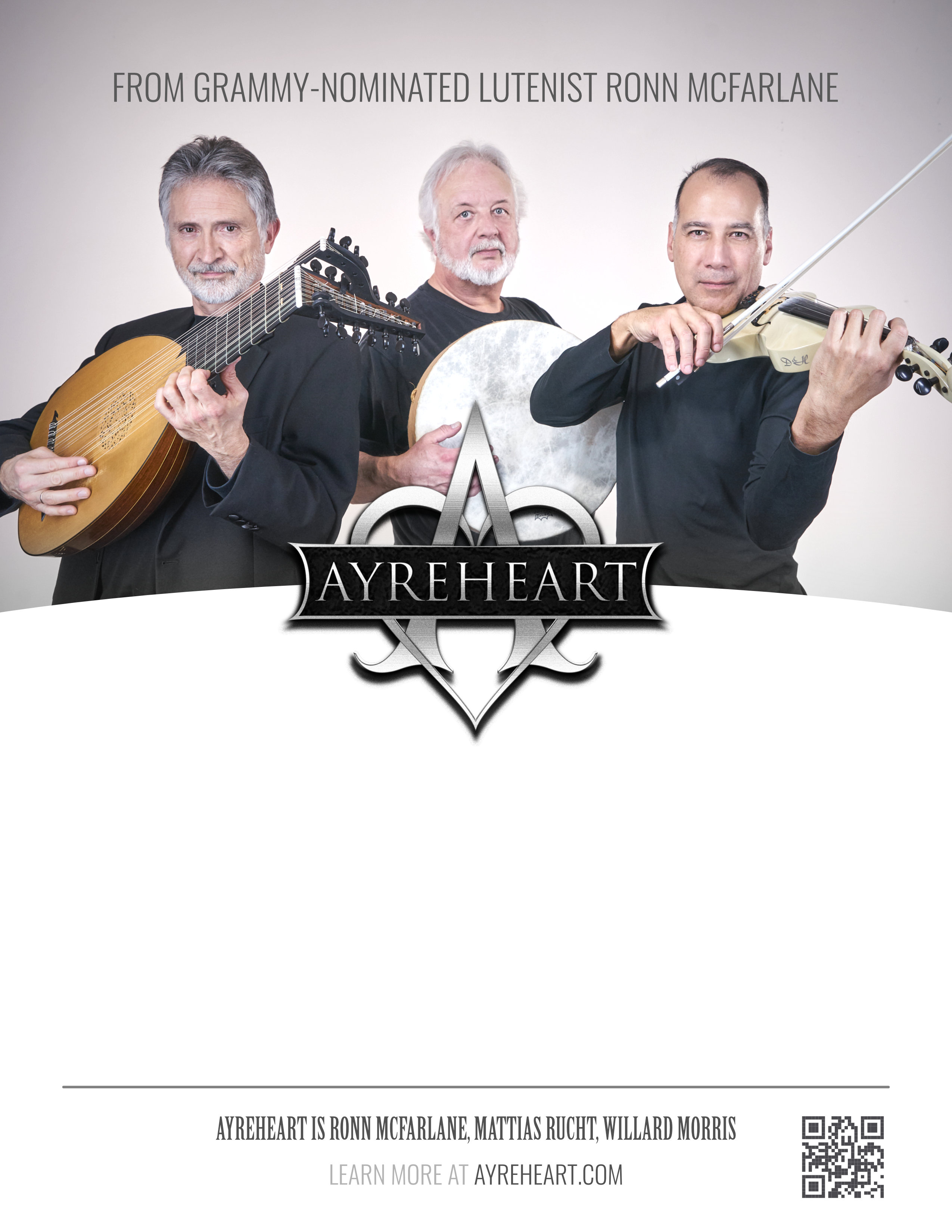 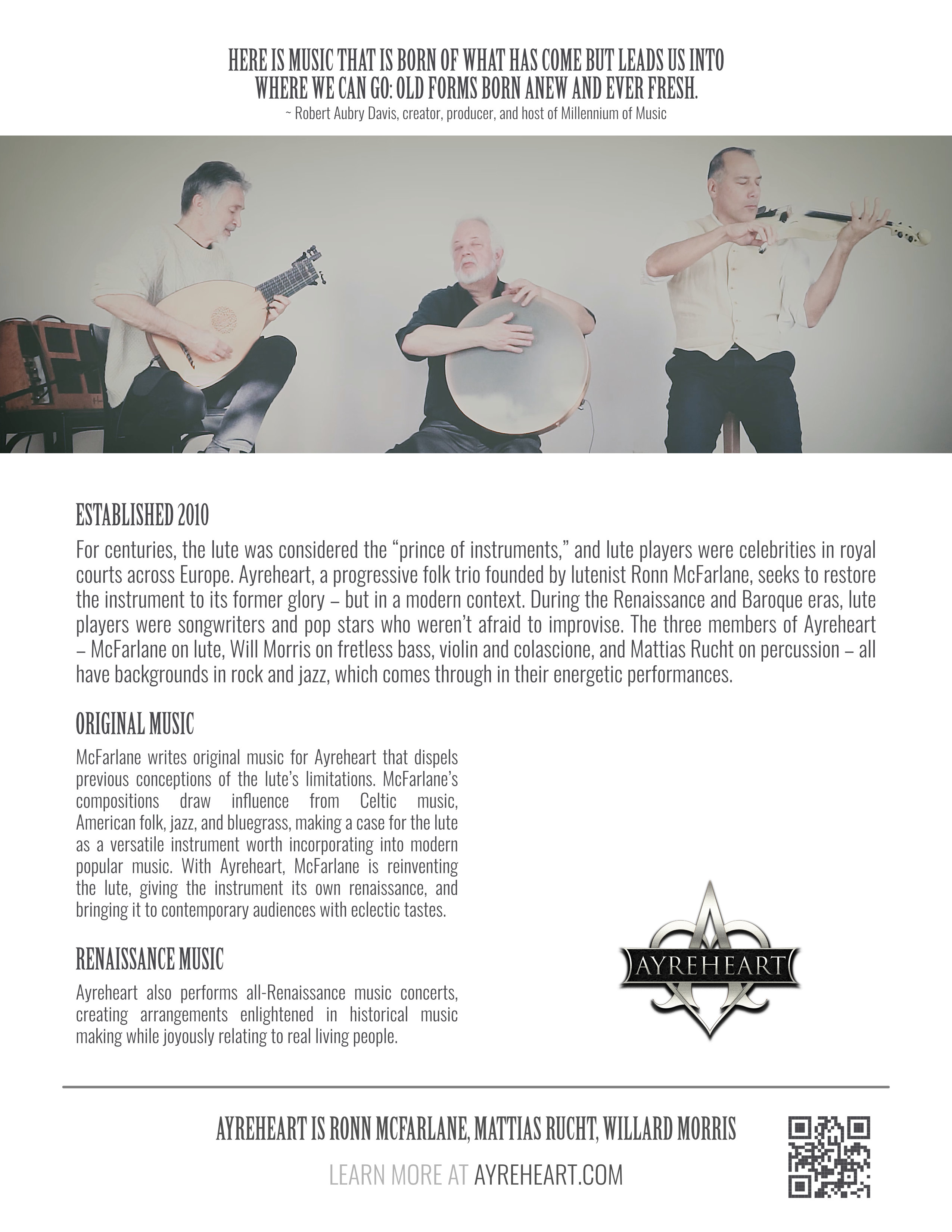