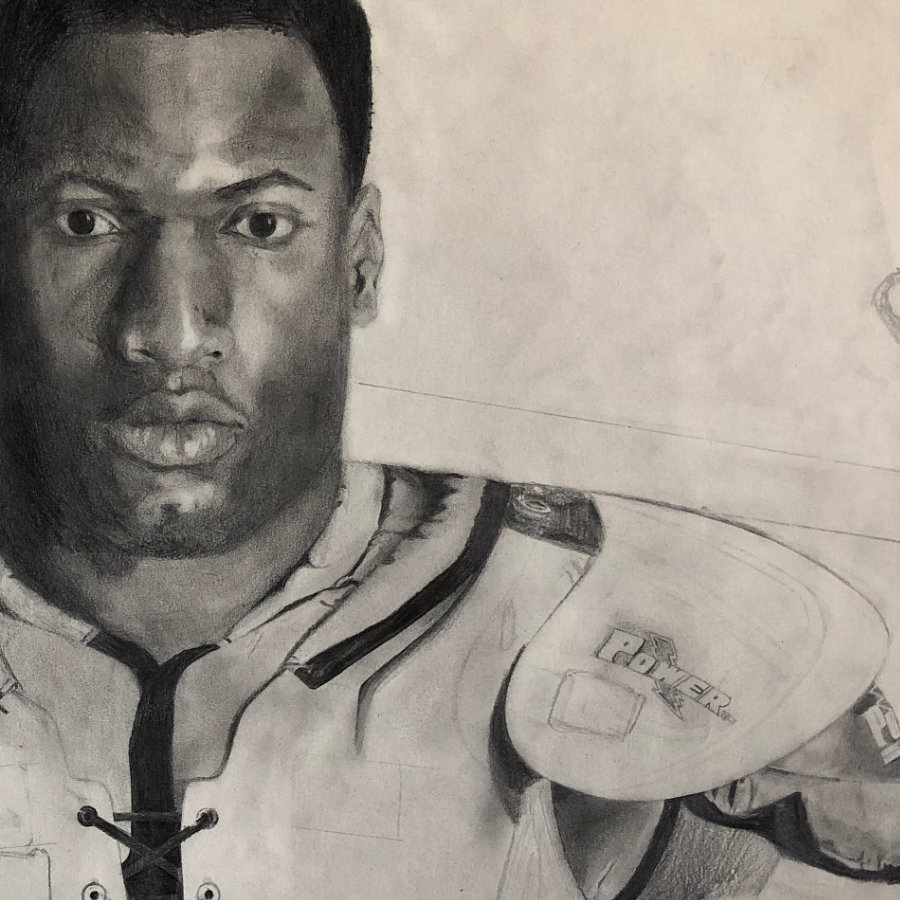 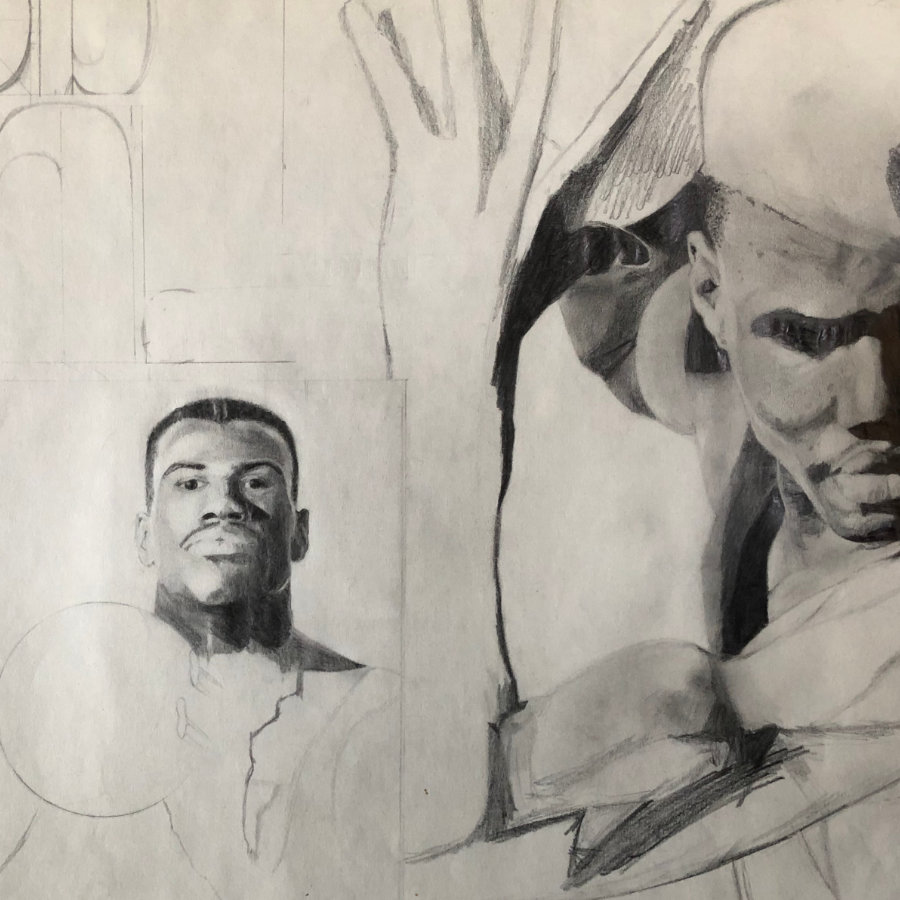 Here are some of my early explorations in photorealistic drawing. I think the drawing of Bo Jackson was started when I was 12 or 13 years old, while the one of David Robinson came after, but still in the same range. Both were based on the wildly popular Nike ad campaigns ("Hobbies" and "Mister Robinson's Neighborhood," respectively) of the late 80s and very early 90s and began my obsession with graphic design. Likewise, the Michael Jordan and Spike Lee "Mars Blackmon" print ad, featured in magazines like Sports Illustrated, is what initially drew me to typography, even before I knew what typography was. I remember trying to put my own spin on the arrangement of the classic tag line, "A high-flying, death-defying, 360º slam dunk." I still have that one, also unfinished…somewhere.